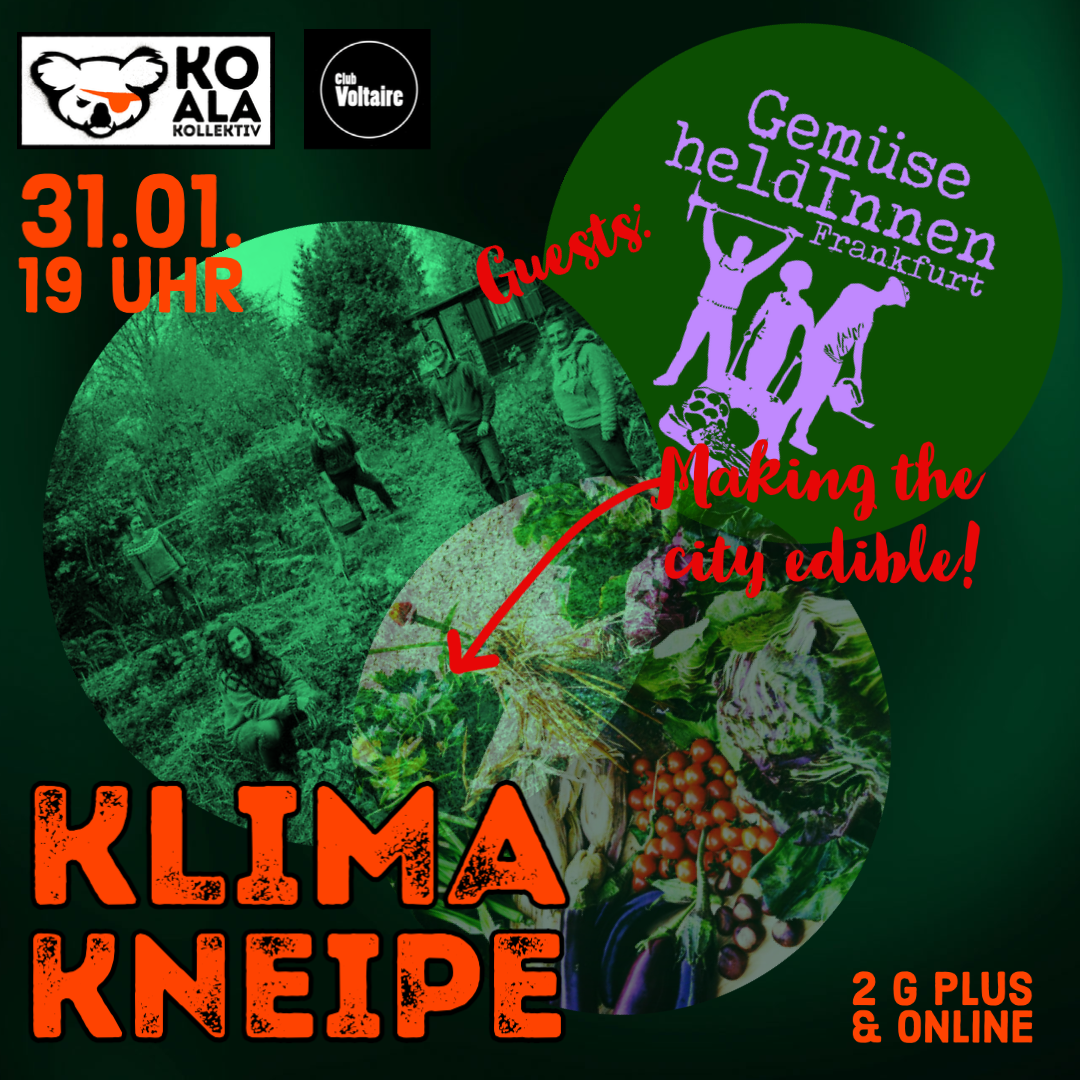 There are numerous levers in the fight against the climate crisis. But where to start?
With food! That’s the opinion of the GemüseheldInnen (vegetable heroes) in Frankfurt. After all, our diet makes up a large part of our ecological footprint.

„To begin with, conventional agriculture produces masses of greenhouse gases through artificial fertilizers, pesticides and the use of machinery; in addition, food is transported thousands of kilometers around the world without hesitation until it ends up on our plates.“
The vegetable heroes want to counteract this by rediscovering and exploring an alternative way of producing food: growing it on site, in the middle of the city. This not only creates independence from food imports and large corporations, but also significantly enhances life in the city for all residents.

The founders Laura Setzer and Juliane Ranck started the project in early 2019 in an abandoned garden in the Green Lung at Günthersburgpark; today the initiative comprises 250 active gardeners who cultivate 18 gardens collectively. The cultivation works according to the principles of permaculture: natural ecosystems with their biodiversity and diversity serve as a model, and agricultural chemicals are completely avoided.

The long-term goal of the GemüseheldInnen is to have fruit and vegetables growing on every street corner in Frankfurt, tended and harvested by the citizens of the respective neighborhood. The so-called „PermaKulturInseln“ (permaculture islands) should be places of encounter and leisure and at the same time feed the city (at least partially)!  We will talk about their work, backgrounds and visions with the founders Juliane Ranck and Laura Setzer in our next Klimakneipe.
They are currently working on their second book on the topic of „The female side of agriculture“ – another central aspect of climate justice.

Half of the world’s farmers are women, and in many countries of the Global South, the proportion is significantly higher (WHO).
They secure the existence of their communities on a daily basis. Especially in the Global South, however, their work is characterized by exploitative structures against nature and the women themselves. In numerous women’s cooperatives around the world, more and more women are resolutely and courageously fighting back to free themselves from undignified dependencies on profit-maximizing corporate structures. The authors want to learn from their profound and detailed knowledge and are planning on-site visits. In their new book and in our Klimakneipe, they will tell about this and about the women’s struggle for agricultural sovereignty.

Hybrid event: 2G-Plus at Club Voltaire and online. To participate online, please send an email to mail@koalakollektiv.de. The Zoom participation link will be sent approx. 1 hour before the event.