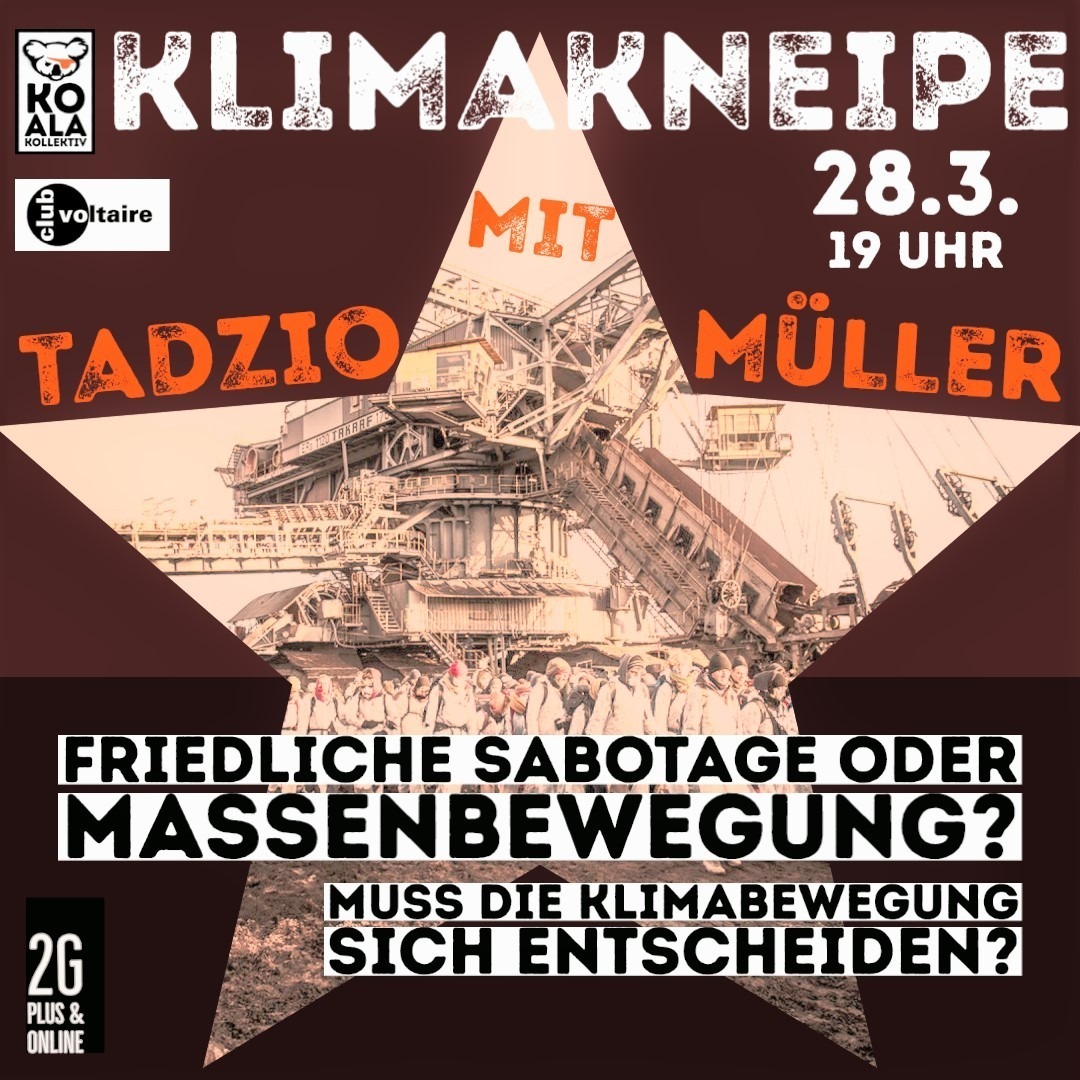 Peaceful sabotage or mass movement? Where the climate movement is headed

Millions of people around the world have taken to the streets in the last three years to protest for just and fair climate protection measures. It almost seems as if the issue of the climate crisis and the need to stop it have reached the center of society.

That this is by no means the case is clearly shown, among other things, by the recent decision of the EU Commission to classify gas and nuclear energy as „sustainable“. And no single party program is otherwise sufficient to meet the 1.5 target of the Paris climate agreement.
This is despite the fact that climate change events are now happening right on our doorstep. The latest IPCC report alarmingly shows the state of our planet and thus our future.

Against this backdrop, a heated debate about strategic necessities and dangers has been sparked, and is currently getting a lot of media attention with the headline „Radicalization of the Climate Movement.“ But what does „radical“ mean anyway?

In view of the staggering reality of the crisis and the inaction of politics, the question arises how far may or how far must the fight against the climate crisis be escalated – depending on your perspective? What does it take to rouse the middle classes? Would the climate movement be more successful if it used „peaceful sabotage“ as self-defense? Or does it need above all an expansion of the protests?

We will discuss this in our climate pub in March with the political scientist, long-time activist and co-founder of „Ende Gelände“ Tadzio Müller.

According to Tadzio Müller, the radicalization of the climate protests is an inevitable consequence of the radicalization of the climate crisis and ignorance. In his estimation, part of the movement will no longer abide by the rules of society in the foreseeable future, since the underlying prosperity of that society is based on the exploitation and destruction of our planet, and it is thus putting the future of future generations at risk. A large part of the movement at least agrees that the fight against the climate crisis is no longer conceivable without going to the social and political roots.

It is clear that previous strategies and tactics alone are no longer sufficient to achieve this goal.

The question remains which are the right ones and which are in danger of losing society’s acceptance altogether….

Link to the event: Mail to mail@koalakollektiv.de (we will send the Zoom participation link to all registered participants shortly before the event)